This weekend, I stopped by Shady Brook Farm to check out the Monster Pumpkin Madness weigh-off.  As I mentioned in a previous post, my student, Brandon Huber entered two giant pumpkins that he grew at Meadowbrook Farm.  The pumpkins in the contest came from hundreds of miles away as well as locally and they were each hauled over to a scale by a forklift for the weigh-off.  Although Brandon's pumpkins looked about the same size, one weighed 100 pounds more than the other.  The larger one was about 640 pounds!  The pumpkins came in all shapes, sizes, and colors, and the winner weighed in at over 1,400 pounds.  Those are some huge squash! 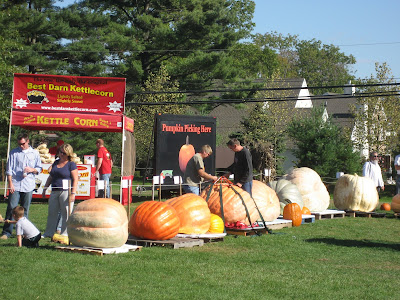 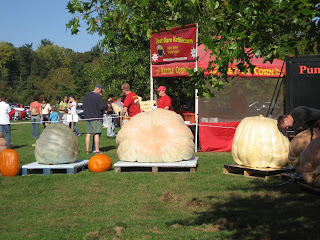 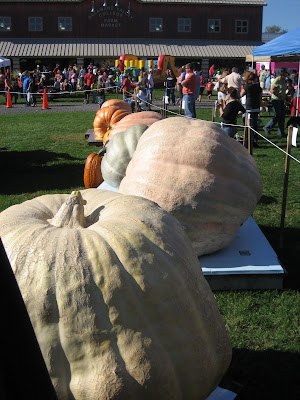